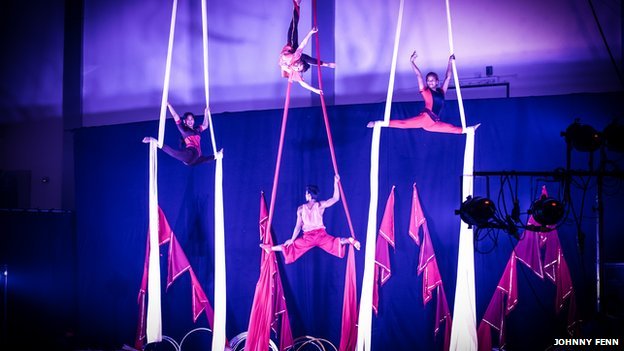 In a BBC report, "Youth circus turns tables on human trafficking," we learn how in 2010 two British charities, Freedom Matters and The Esther Benjamin's Trust, established the circus to help trafficked children find employment and integrate into society. Often stigmatized and rejected by their communities, former victims are able to develop skills and serve as advocates for others facing a similar plight.

According to Sky Neal, a circus performer in Britain and the co-founder and co-director of Circus Kathmandu, "performers are also now powerful advocates against human trafficking . . . They also do workshops for children and speak to hundreds of villagers about their own personal life and what they had gone through. The idea is to create awareness among villagers on human trafficking and why they should not sell their children."

For the full article from BBC on Circus Kathmandu, click here.

To read about another circus helping children cope with trauma, visit the Palestinian Circus School.

Also, to learn about Cirque Shems'y, "the circus of my sun," a troupe helping disadvantaged children in Morocco, in a feature from Al Jazeera click here.

View "Dreaming of Nepal" from Circus Kathmandu below.